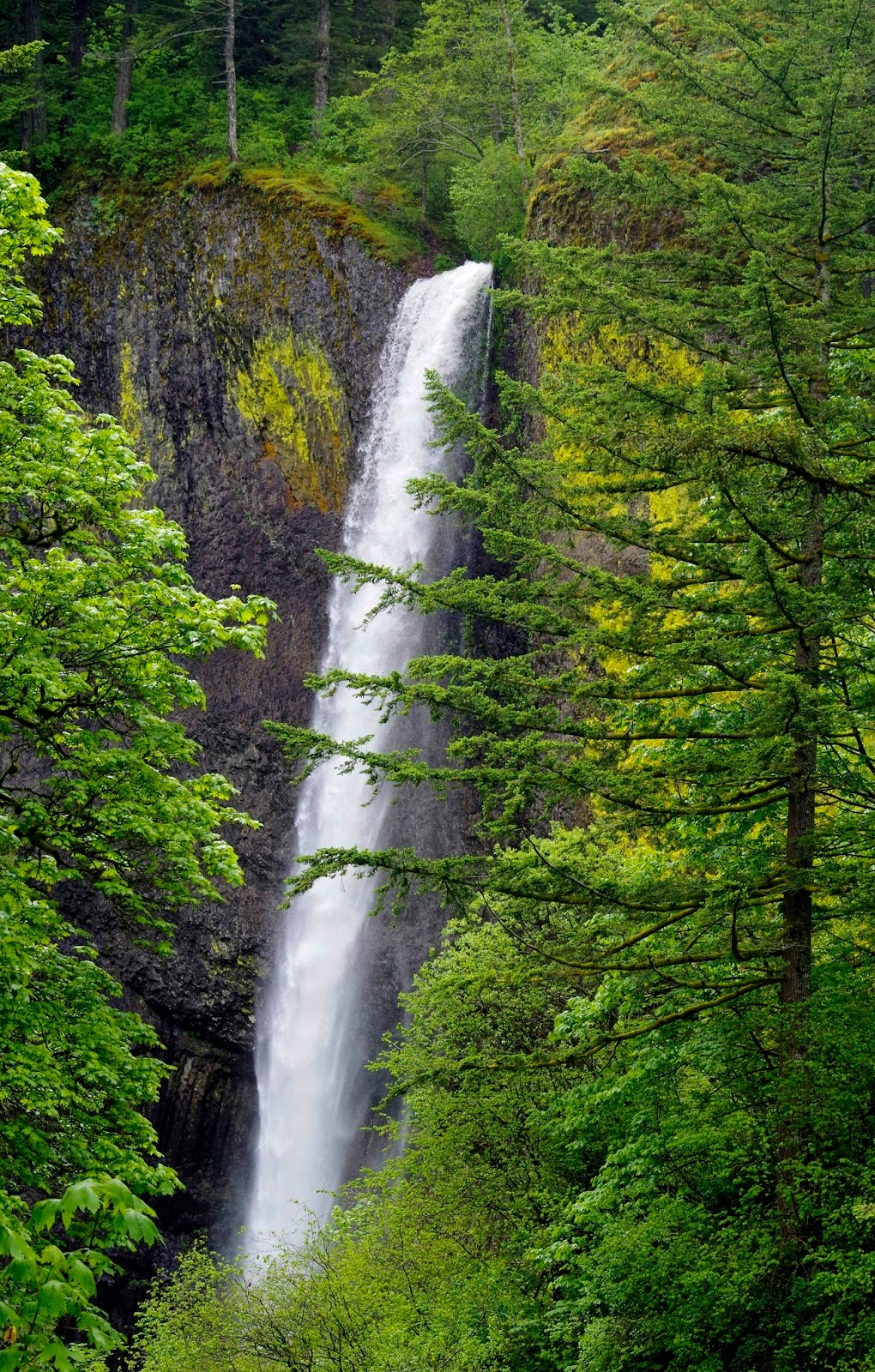 As I write this, the Eagle Creek Fire is still burning and growing in the Columbia River Gorge, threatening towns in eastern Multnomah County, Oregon.

In just one night, it engulfed some of the most unique and verdant landscapes on the planet in a maelstrom of exploding trees and racing flames, fanned by the Gorge's famous East Wind. A friend watched a whole mountainside go up in flames in about one minute.

It's too early and I've yet to see it, so I still can't quite conceive of what has happened. Has this sacred, nourishing, touchstone place for me, where I return as often as possible, been irrevocably changed, denuded, and altered forever (at least in my lifetime)?

This I can't yet comprehend. 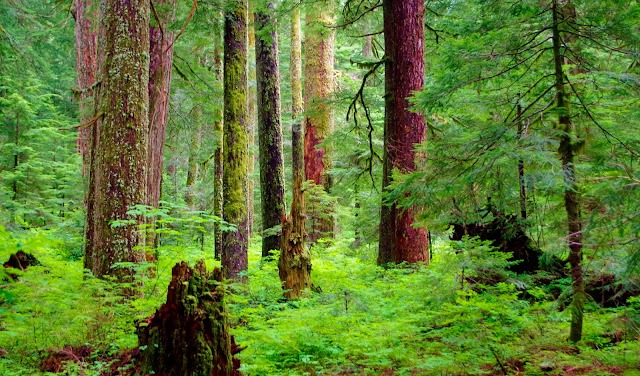 As a post on the Friends of the Columbia River Gorge FaceBook page said,   "We're hoping for the best, but fearing for the worst."

I'm having a hard time putting into words how important the Gorge has been to me throughout my life. It is, as they say, in my bones.

When I was three my family moved to the Troutdale area, where our home was just a few miles from the basalt cliffs across the Sandy River that mark the western entrance to the Gorge. I grew up there learning to love nature, waterfalls, and walking in the woods.

On warm summer nights, my mom would pack a picnic dinner and we'd head up to enjoy the particular refreshing cool in the woods near one of the waterfalls. We often had Oneonta Gorge to ourselves—once my dad featured a shot of my sister and I there on the front page of his newspaper, calling us "woodland sprites" in the caption. (We got teased for that.)


As a teenager I started hiking/backpacking in earnest and explored the Gorge's trails more extensively.  Maybe it's because I was 17 and all my senses were heightened, but one great backpack trip stands out:

Towards the end our hike from Mt. Hood down to the Gorge, I vividly remember the soft, forgiving earth underfoot and the richness of the forest as we descended switchbacks nearing Eagle Creek, singing silly trail songs. (Because back then there were no other hikers around to annoy.) To wash away some of the week's grime, we jumped into a pond in the upper creek. Decades later I can still almost feel the bracing, exhilarating chill from jumping into the icy cold water that left my skin tingling afterwards. When we arrived at the Eagle Creek trailhead, our parents had spread out a picnic for us, which we devoured after a week of Top ramen, dried salami, and homemade gorp. Fantastic memories! 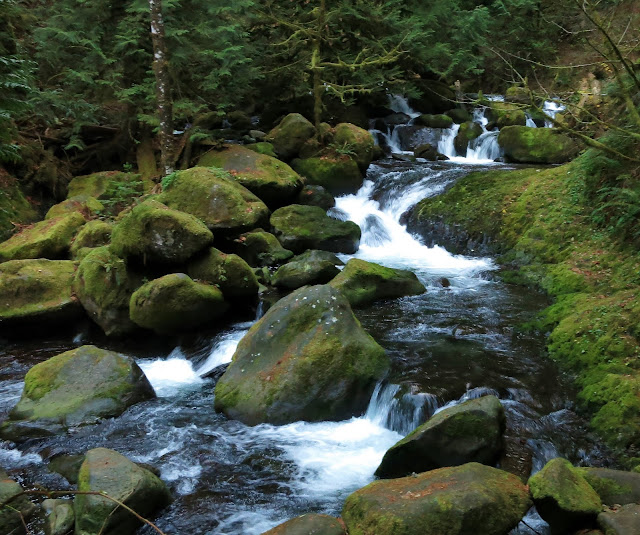 Throughout my life the Gorge has been a place of refuge, a soothing balm for my soul. I’m a firm believer that Heaven is here on Earth and that it’s unique for everyone. My version encompasses the verdant western Gorge and its many trails.

After hiking there I feel energized and especially alive. There’s something magical and life-affirming about the abundant and thriving plant life, coursing streams, and cascading falls.

I heard there are pockets of trees spared, and yes, there will be regrowth. But it will take time. A long time. And who knows how climate change will affect the ability of such a unique botanical treasure to return to its former fecund glory.

So allow me, us, to grieve while we also carry hope that enough was spared from the flames to allow a quick natural regeneration and healing of the unique collection of ecosystems in the Gorge.

﻿
﻿
Thanks for "listening." I'd love to hear what the Gorge has meant to you and your experiences there in a comment below.

It's heartbreaking what happening out there in the western states with the fires. But I'm sure the green will start to show in a few years. The ashes make for good compost for the soil. Animals will drop seeds. Just wish you all could get the rain the southern USA got and is about to get.

Thanks JoJo! Yes, we need some of that southern rain!

I share your great sadness and hopes that our gorge gems will not be too badly damaged.

I love this post. I had heard of the Gorge but didn't know where or what it was until the summer I was supporting my father's thru-hike of the PCT. I drove down to Timberline in his station wagon with skis in the back, hiked in with supplies for him. We walked a while and then I made a decision to not ski but drive up to Hood River...a place I had heard of but never been. It was hot - August triple-digit hot. I found the Historic Highway and started driving in the afternoon stopping at waterfalls. At one point, I pulled over and blindly followed hikers up a narrow gorge, soon I was wading, soon I was swimming, eventually I was under Oneonta Falls and astonished. Multnomah was a discovery, Latourell, Horsetail, Shepherd's Dell. Afternoon faded and the entire Gorge turned electric orange. I watched the sun set from Crown Point and then and only then did I point the car north arriving back in Seattle sometime after midnight. That was the day I started wandering, exploring alone and on my own a priority in the business of everyday. My wedding pictures were shot in the Gorge. I have been back countless times; made systematic explorations up and down the Gorge, visited every waterfall I could find, every nook and cranny I could somehow get to. But that first afternoon........that was the afternoon the Columbia Gorge captured a big chunk of my heart - and I never let go.

Thanks Marie, I know you're feeling it too, especially since you are closer.

Misha, thanks for sharing your beautifully written comment. You've captured the wonder and awe so beautifully. Yes, a big chunk of my/our heart.

Thank heavens that water trumps fire and our beloved falls (my favorite Oneonta which is a spectacular surprise) can sustain pretty much whatever nature throws at it, hopefully. I am also worried about the rest of the fires all over the west and praying for at least a little rain which they say may come in the next 10 days or so. Incredible that we would have the wettest winter/spring ever then on its heels the hottest and most dry, dangerous summer ever here in the PNW. However watching the hurricanes in the south makes me realize that maybe we don't have the worst of what nature can dole out.

Jill, thanks for your heartfelt post about the Gorge. I've been there a number of times, always with the intent to go back. A few years ago, an old friend now living in California wanted to spend a few days in the Gorge. I picked her up at the Portland airport and we headed for the waterfalls. We did short hikes in showery weather, enjoying the lush greenery. Some years before that, I backpacked up the Eagle Creek trail in early April. It was a sunny day, and water dripped off the trailside cliff, spring flowers bloomed, and we exclaimed at the beauty. The fire makes me very sad. I didn't grow up exploring the Gorge like you did, but I still feel a loss.
Betty