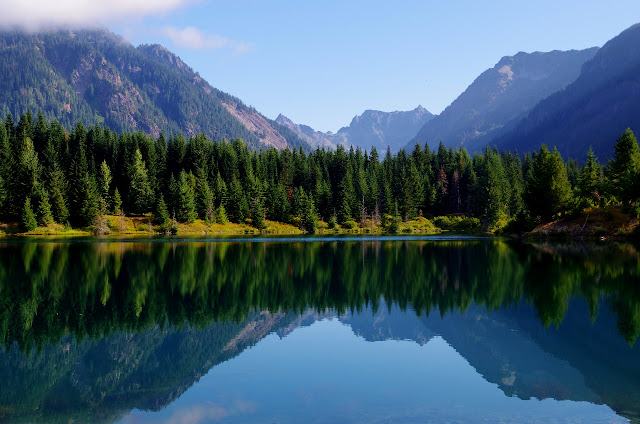 While I like to say that fall is my favorite time of year in the Pacific Northwest, honestly, summer is pretty darn wonderful here too.

Thankfully this summer (so far) we've been spared the thick smoke that choked the region the last few summers. We've enjoyed many bluebird days along with a rain shower now and then. And who doesn't love a good summer rain?

Today I'm sharing a sampling of fun outings from here in Upper Left USA. This is what I've been up to when I haven't been working overtime; but it's just a snapshot of things to do and places to go here.

Hitting the Trail
Of course I've been hiking since my epic few days on the Pacific Crest Trail. In late July I returned to the Pratt River Trail outside North Bend, Washington. While it wasn't as quite as fresh green as a Memorial Day hike there, it was still mossy and lovely. 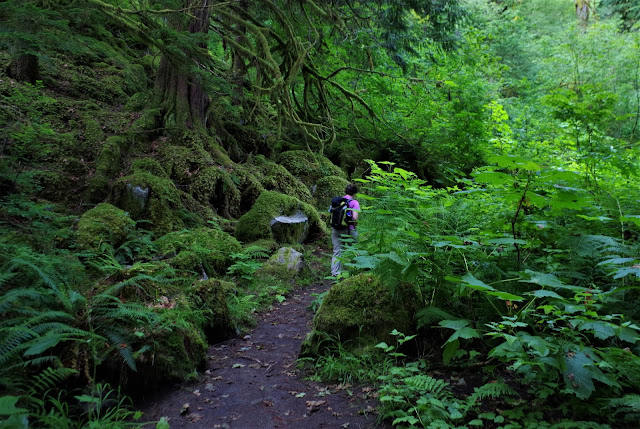 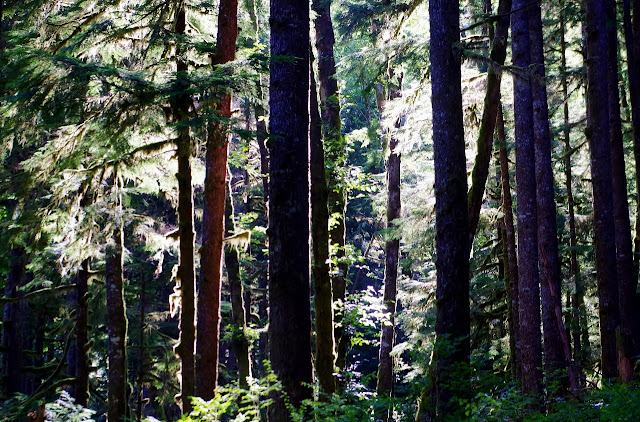 After hiking several miles along the trail, following first the Middle Fork Snoqualmie River, then Pratt River, we encountered the biggest pile of bear scat I've ever seen, smack in the middle of the trail. Both dark blue and red huckleberries were ripe, so said scat was clearly remnant of a beary berry feast.
Eventually the shrubs along the trail grew so thick and close that we called it a day and turned around a few miles along, thinking a machete would make the trip easier (although not recommended!). We must have hiked about 5 or 6 miles RT.

Mushroom Love
In late July I accepted a coveted invitation from a passionate mushroom foraging friend. While I'm sworn to secrecy about where exactly we went to find chanterelle mushrooms, I will say it was on an island in Puget Sound. And that chanterelles can be found all over the region. 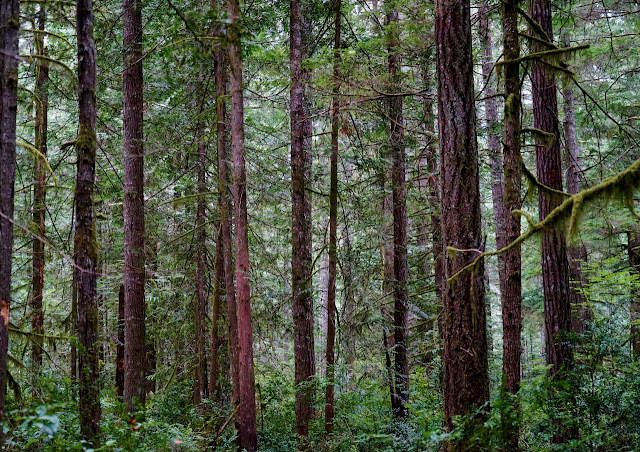 After guiding us to a patch of woods where she found chanterelles a week earlier, Lynette pointed a few out. As we walked along, sometimes through thick underbrush, I started to develop an eye for spotting them too. As I dove under bushes to snag mushrooms, I also collected twigs and leaves in my hair.

Lynette kept on exclaiming how not normal it was to find such an abundance of chanterelles this early in the summer (late July). But I was lucky on my first time foraging for these beauties to take home such a bounty (a few pounds), which was really more than I needed. Several friends were the beneficiaries of this 'shroom largesse. 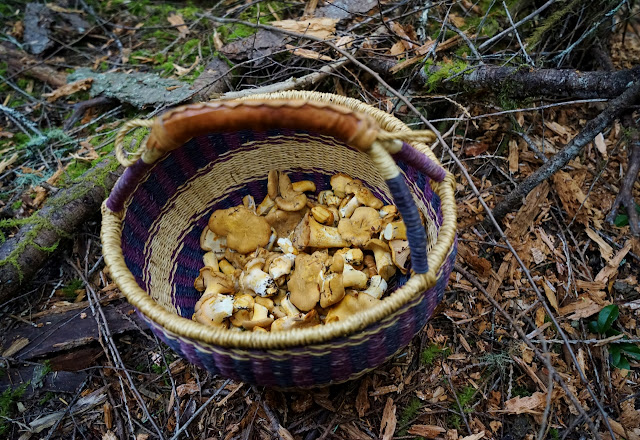 A Walk, a Book, and Lunch
In August I joined the Alpine Trails Book Club for a special treat: A walk around Gold Creek Pond near Snoqualmie Pass, Washington, followed by a homemade Burmese meal made by one of the regulars, who was born and raised in Burma (Myanmar). We'd read The Long Path to Wisdom: Tales from Burma to learn more about Mala's culture.


Our lunch was at a cabin less than a half mile from the pond, so it was a perfect combination of cabin cozy, delicious food, and a lovely walk. 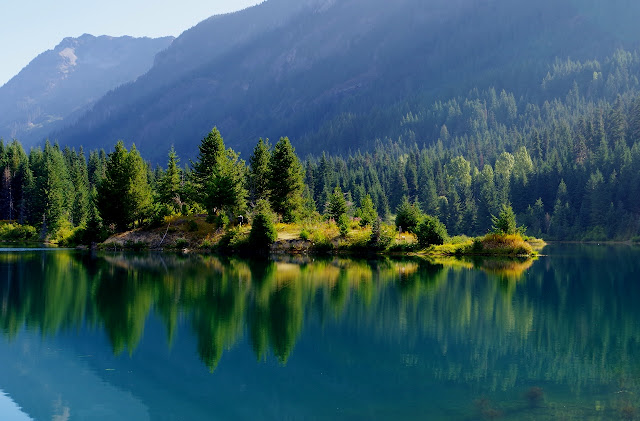 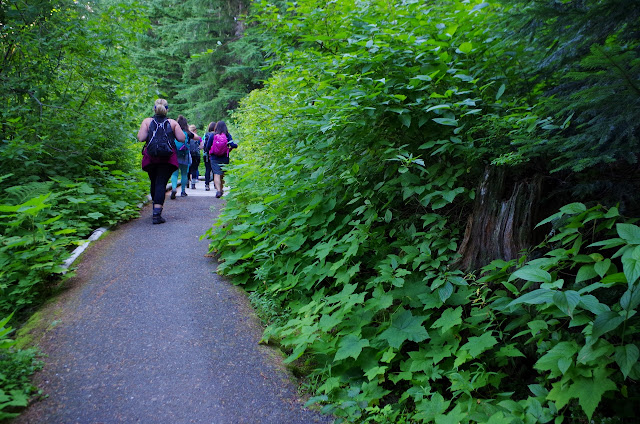 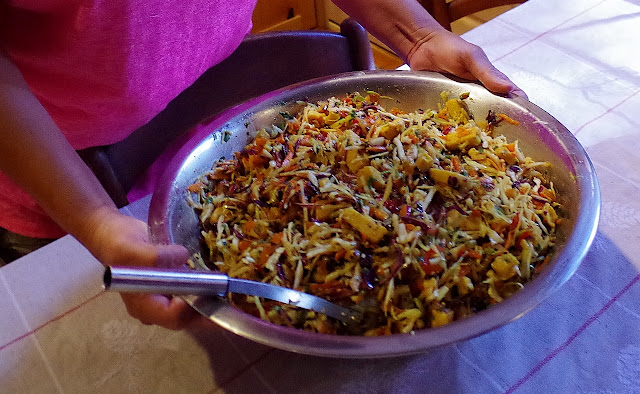 Gold Creek Pond (pictured above at the start of this post), which used to be a gravel pit created during the construction of Interstate 90 nearby, has recently been threatened with filling by the US Forest Service. Over the years, it has become an environment that supports thousands of trees and wildflowers, birds, beaver, elk, deer, bear and many smaller animals. Read about it here at the Save Gold Creek Pond website.

Another Walk in the Woods
North of Seattle along Puget Sound are numerous greenbelts preserved as parks where you can walk through a forest down to the beach. Last week I joined a friend for a walk down through Lund's Gulch near Picnic Point at Meadowdale Beach Park. 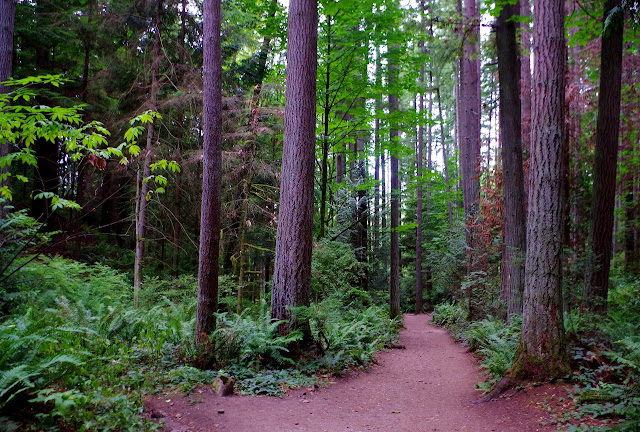 We started down through second-growth forest, and farther along the trail passed numerous old stumps of what were formerly magnificent old cedar trees. I wish I could have seen this place before it was logged. 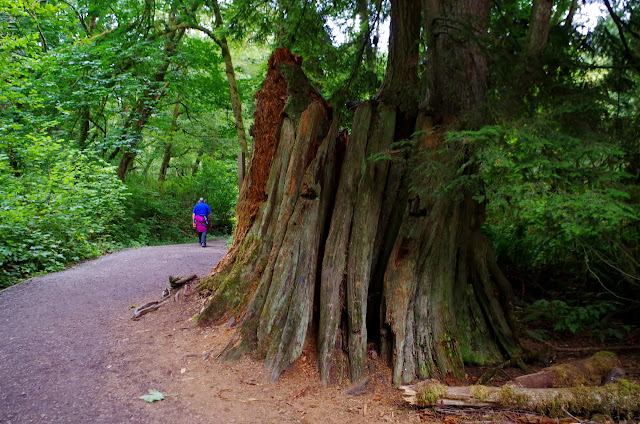 After a little over a mile of trail winding through forest, we passed a ranger residence cheerfully draped with Tibetan prayer flags, then strolled the final stretch through a small tunnel under train tracks to the beach.  I spotted what I think was a cute semipalmated plover darting on the beach between the mallard ducks. 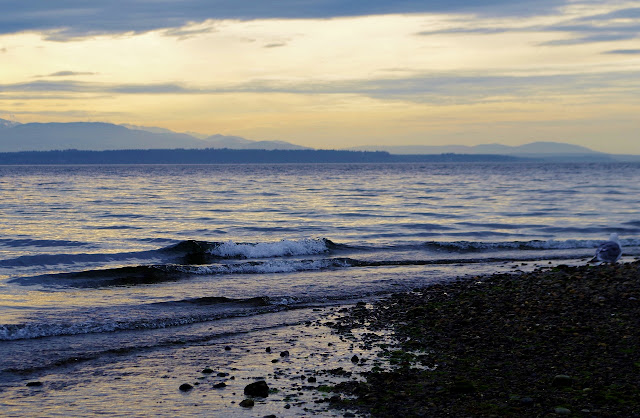 At about 2.5 miles, with a few hundred feet of elevation loss (and gain on the way back), this walk is a great way to get some good exercise and time in nature. I've been coming here several times over the summer and will miss these evening walks as the days get shorter.

So there you have it. Just a smattering of the local life here in Upper Left USA, where we're having a mild, smoke-free summer. Yes, I love fall, but summer is indeed special here.

Happy trails and thanks for visiting Pacific Northwest Seasons!   In between blog posts, visit Pacific NW Seasons on FaceBook, Twitter, and Instagram for more Northwest photos and outdoors news.

Why do we hike?

Of all the paths you take in life, make sure a few of them are dirt.” – John Muir Why do we hike? Such a big question. ... 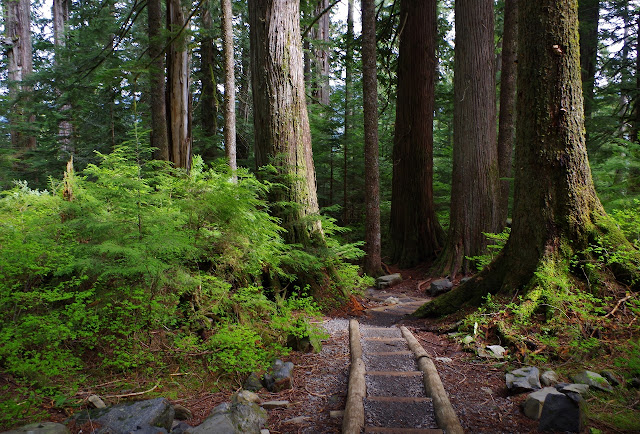