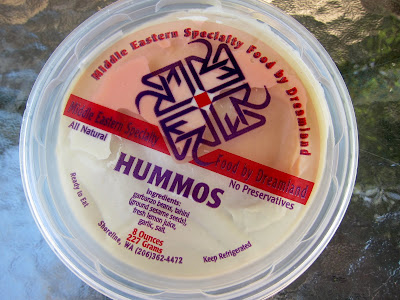 For you hummos lovers like me, isn’t it a revelation to find a truly great hummos—the kind that sends you scampering to the store for more and more?

After sampling many brands of packaged hummos over the years from stores up and down the West Coast (as well as experimenting in my kitchen), I keep on coming back to Dreamland hummos.

“This is our secret,” says Akram Joudi, owner of Dreamland, a Seattle-area family business that makes this fabulous hummos and other superb Middle Eastern specialty foods, “we make it the way we eat at home.”

I must confess—I’m addicted to their roasted garlic hummos. It’s unusually light and creamy, with a slight tang lurking under the layered flavors of pureed chick peas, tahini, lemon juice, olive oil, salt, and garlic. 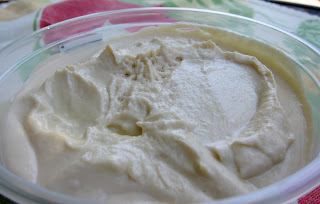 Each container is studded with a few caramelized cloves of roasted garlic, like little prizes. I suspect Akram’s wife Lamis, who makes the hummos and baba ghanoush, blends it a long time to achieve the almost frothy texture that melts quickly on the tongue.

Apparently others are addicted as well (including Seattle Times food writer/blogger Nancy Leson) because Dreamland’s hummos and baba ghanoush routinely sell out within a day or so of their delivery to my local QFC. Many times I’ve dashed in to grab some, only to find the deli case full of mediocre nationally distributed brands, bereft of Dreamland. I finally got wise and asked the store which day Dreamland delivers their fresh batch each week.

“These are our grandparent’s recipes. They were not in the food business, but we knew they were doing the best (food),” Akram tells me with obvious pride. His family immigrated to the U.S. from Lebanon in 1986. Fortunately for me and many other Northwesterners, they came to Seattle, where they had an excellent connection in the developing food scene. Saleh of the much beloved former Saleh al Lago restaurant is the brother of Lamis.

“We started our business on May 15, 1986, to be exact,” says Akram with a slightly nostalgic smile. “I remember the day.” 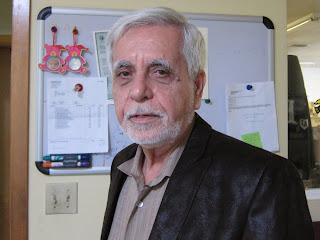 Akram is a handsome, dignified man with a thick silver hair and light beard. He wears a neatly pressed suit jacket as he gives me a tour of their small but clean and spacious plant in Shoreline. He has graciously allowed me to stop by for a visit, where each day a crew of family members and a few other workers carefully prepare fresh batches of delectable Mediterranean dips, salads, and falafel pita sandwiches. 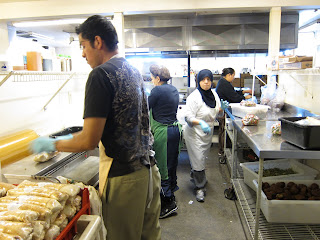 “We start by making our food from scratch. For the baba ghanoush we roast, not bake, the eggplant, and we soak and cook the beans for the hummos and salads. Everything is all natural, with no additives.” he explains. 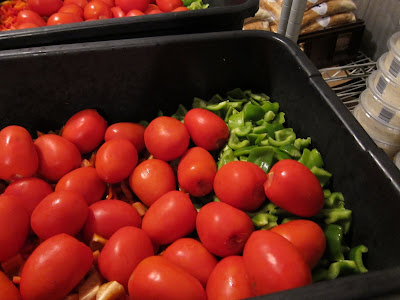 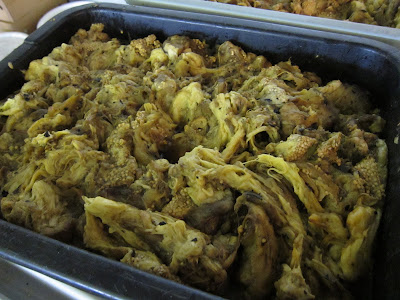 We walk past a row of people chopping fresh vegetables and packaging salads in small containers. “This is Bibi, my sister-in-law, who’s in charge of the 25 types of salads and pita sandwiches.” Bibi lets me take her picture but tells me with a laugh to make sure it’s a good shot, for her husband. I immediately sense a friendly, down-to-earth woman when she smiles and tells me the picture is fine. 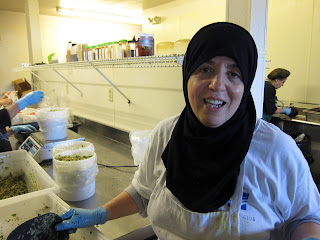 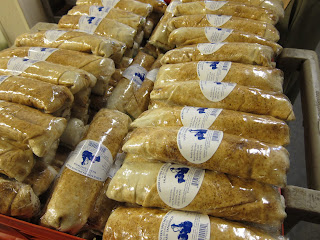 Lamis comes in every morning from 5 until 11 a.m. to make the hummos and baba, but she’s gone by the time I arrive. I don’t dare ask for their recipe or technique, but I notice big food processors in which she no doubt carefully blends the tasty dips.

So Dreamland really is all in the family, which is clearly important to Akram.

“My wife and I have been married for 46 years—the first and only marriage for both of us.” Their eldest son Walid works in the family business and will take it over some day. “Maybe a year, maybe 15 years,” says Akram, who tells me he’s 70. To me he doesn’t look much over 60.

Since the food they concoct at Dreamland is so wonderful, I ask Akram about the food at their extended family gatherings, which includes more than 30 people from several generations. I envision a feast of savory Lebanese family dishes. “Do you eat these particular foods?” 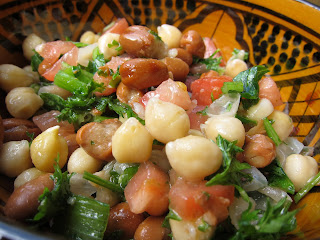 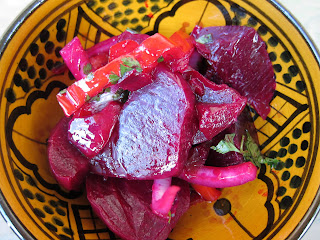 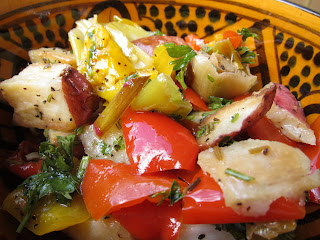 “Yes, but these are side dishes.” Akram tells me. “Last Sunday we had a family barbeque, with everything on the grill – chicken, lamb. Another main dish we do is roasted chicken filled with rice, meat, spices, and pine nuts.”

This is a family that knows how to eat well. I’m just happy that they make and sell some of their treasured recipes for the rest of us.

Do you have a favorite brand or recipe for hummos? Please chime in with a comment below. 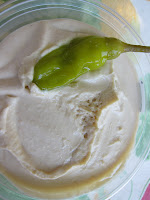 Dreamland’s hummus, baba, and their pita falafel sandwiches are available in most QFC stores in the greater Seattle area as well as at Metropolitan Markets and a couple Thriftway stores. Some stores get shipments twice a week, and others just once a week. The salads, which are sold as self-serve, take-out deli food, can be found around the Puget Sound region at Town and Country Markets (such as in Shoreline and on Bainbridge Island).
Posted by jill

That was always my favorite until I found the mediterranean hummus from trader joes!

I do like T-Joe's Mediterranean Hummus, but it's not as light and creamy as Dreamland's for my taste.

Love, love, love this brand of Hummos. Reading this post makes me hungry!

Hi Jill, Blogger needs a better way to chat and reply to blog comments. In answer to your question about the park island in Skagit bay, it is Kiket Island right next to Skagit Island. Boat or kayak landings are still not permitted, however. It is accessible from Shee-Oosh road, but it is gated and unmarked. You must make reservations for guided tours. The number to call is 360-661-0682. There are 9AM and 11Am tours o Saturdays. 11AM is best because there is no time limit. I think they are trying to preserve the pristine nature of the island while they figure out exactly what they are going to do with it. It's now part of Deception Pass State Park, but co-owned by the Swinomish Nation so there may also be State and tribal politics involved. I plan to go back and do more exploring in different seasons. I missed the camas flowers that cover little adjacent Flagstaff Island in the spring.

Yum that sounds delicious! I tend to buy what is on sale but often I do not like it. I will need to look for this brand

Oh, oh yes! We have a new favorite that our 4 year-old daughter Lucy adores: from PCC Markets -Lilly brand. It is also made regionally and very FRESH. Lucy eats it by the spoonful.

Is there a way to contact Dreamland? I love their Baba but the container does not have a security seal, just a lid, not even a seal around the lid. Because of this, I won't by their Baba anymore.

Hi,
I found them via Google I think and called them to see about coming up to their place to do this blog post. That was over a year ago, so don't still have contact info, but try Googling them! Yes, a security seal would be good, frankly I never thought about it...anyway, they are located in Shoreline, WA.