Eating with the Seasons 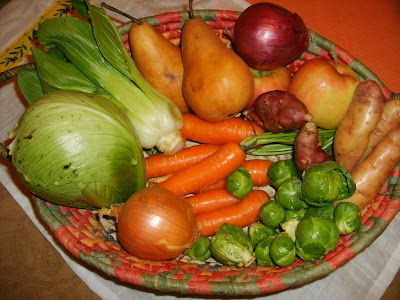 Sweet local strawberries and heirloom tomatoes are gone until next summer, but that doesn’t mean you can’t continue to enjoy fresh seasonal produce. Here in the coastal Pacific Northwest, we’re fortunate to have some farmer’s markets that stay open year-round. What’s the benefit?

As I chronicled in my 9/17/08 post, after my first visit to a farmer’s market when I rediscovered what a carrot is supposed to taste like, I was hooked. Biting into a freshly harvested carrot is a sensory pleasure: first there’s the sharp snap with a little burst of juice when you bite, then a crunchy succulence as you chew, followed by the earthy sweet flavor on your tongue. 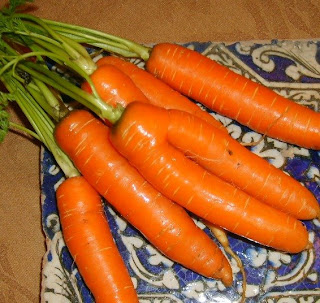 Of course there are other reasons to eat seasonal and local besides taste. I like knowing that I'm supporting the local economy, consuming more nutritious produce than fruits and veggies shipped from far away, and knowing where my food comes from. On top of all that, my carbon footprint is lower as well.

Most small farmers don’t make a ton of money but persist anyway because they believe passionately in what they’re doing. I like to spread my food dollars around by buying from different farmers each time I go to the markets. When the farmers suffer losses from flooding, as did Boistfort Valley Farm last year and Oxbow Farm just a few weeks ago, I go out of my way to support them. 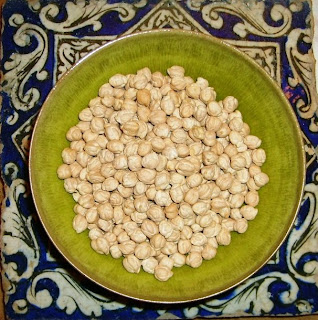 So I try to eat with the seasons as much as possible. Here in the Northwest this time of year that means lots of cruciferous veggies—crinkly cabbages, crisp kohlrabi, and cute little Brussels sprouts. Root vegetables also reign—bright orange and scarlet carrots, parsnips, rutabagas, beets, radishes, celery root, potatoes, and turnips. We have lots of hearty winter greens and some lettuces and arugula, although that will taper off as winter progresses. While the apple and pear harvests are pretty much over, farmers still have loads of fruit to sell. I even saw some varieties of plums at a few stands this week. It’s all so much better than the bland, tasteless tomatoes shipped thousands of miles from Mexico and further south. 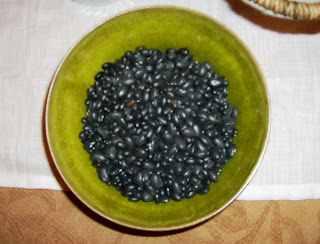 On Sunday I went to the Ballard farmer’s market and came home with more than I’ll manage to eat this week (as usual). Fewer street musicians were busking on the Ballard Avenue sidewalks than during peak season. But people still lined up for Veraci’s oven roasted chanterelle mushroom and shallot pizza. I got there later than usual, so missed out on fresh eggs from Growing Things Farm. Anselmo’s still had a few bags of premium walnuts that I snatched up. I also stocked up on organic dried black beans, chick peas, and fresh roasted peanuts from Alvarez Farms.

What will I do with my cache? Tonight I used some carrots, onions, garlic, celery, and cilantro in a yellow split pea soup along with a big green salad of market fresh greens topped with slivered Jerusalem artichokes, Brussels sprouts, scallions, and walnuts. Pink shallots enlivened my vinaigrette. Tomorrow night will be a stir-fry with onions, kohlrabi, carrots from Alm Hill Farm, baby bok choy, and celery. The night after, I’ll roast lovely rose fingerling potatoes from Boistfort Valley Farm with parsnips and beets from Nash's Organic Produce. I’m still trying to figure out how to use the butternut squash sitting on my kitchen counter from a few weeks back. Got any favorite recipes or suggestions? 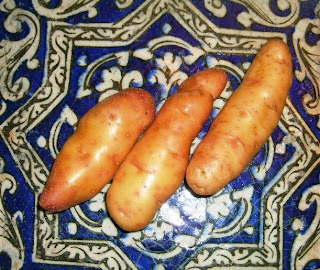 When You Go
For information on year-round Seattle farmer’s markets, click here. For Portland’s People's farmer's market, click here. Puget Consumer’s Co-op (PCC) emphasizes selling local and regional produce, click here for store locations. Seasonal Cornucopia, a great Website by Chef Becky Selengut, features what you’ll find in season throughout the year. You can also try the Seattle Farmer's Markets website for what to buy each month.
Posted by jill

Nice posting on the year-round farmers’ market. My friend Sherry (who lives just 6 houses up the block) and I “subscribed” to our local farmers’ market all summer. Every Wednesday, we picked up a big box of mixed goodies and divided them up. It was like Christmas every week, not knowing what we would get and marveling at the ever-changing selection throughout the summer. I also ended up with stuff I wouldn’t necessarily have selected myself (or, in some cases, even known what it was), but it was fun. The local organization distributed a weekly 1-page flyer, with suggested recipes for some of the more unusual items. 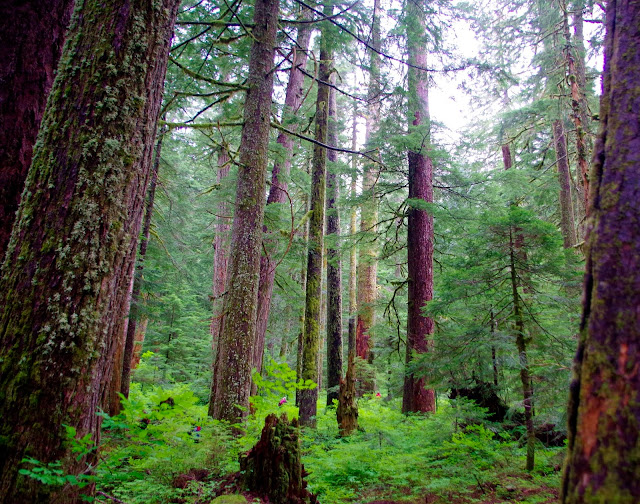