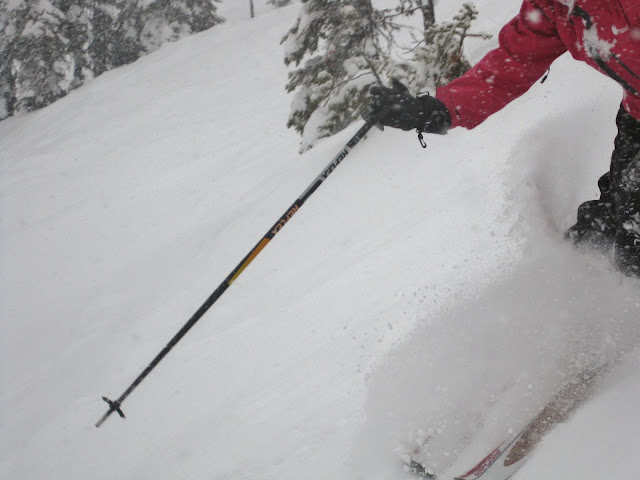 As we all know but might need reminding, life can be shorter than any of us expect.  I had the pleasure to know someone who really took the term carpe diem to heart when it came to skiing and, I suspect, life in general.


Back in my ski school days, I shared some memorable backcountry runs with Mad Mountain Dean Meinert, a fellow instructor at Crystal Mountain. Our time together didn’t extend much past ski weekends, but we shared a natural affinity.


And a passion for freshies.


We were kindred spirits at the regimented ski school—both in our early 30s and a little too old and nonconformist to take all the politics and rules too seriously. When I first met Dean, I quickly developed a little crush, but he was married with two small kids. He seemed oblivious to his rugged blonde good looks.  Dean was a no frills, ski-‘til-you-drop kind of guy. His ski clothes and gear were functional, not fashionable.


During lunch breaks, sometimes Dean would slow down and let me join him for a few laps in the Crystal backcountry.  He had a religious fervor, reminiscent of an evangelical preacher, about going out and “gettin’ some ‘pow.’”  He’d stuff a small pack with water bottles and Clif bars for lunch during lift rides and then hiking. 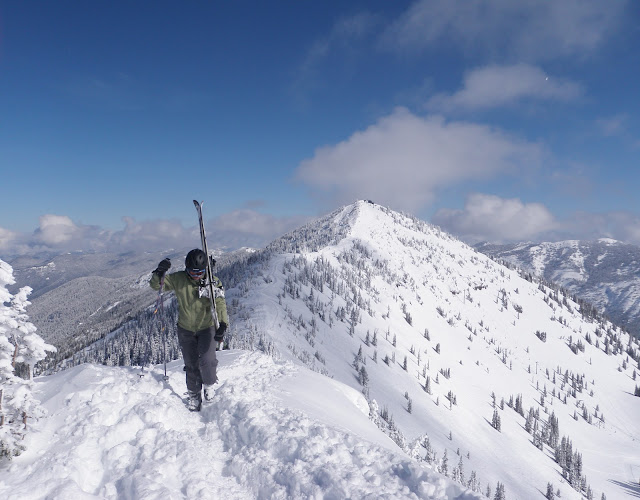 I did my best to keep up with him.  Dean would wait for me to catch up, then he’d be off in a puff of snow as soon as I did. Seems like almost everyone who skied with him said the same thing.

One day with temps hovering just above freezing and a light drizzle, I followed Dean out to what was then the North Back.  He plunged down into Brand X  with a series of jump turns, breaking through the ice-glazed surface and leaving a trail of crusty slabs on the slope behind him.  Dean could power his way through heavy Cascade crud like it was champagne powder and have a big smile on his face at the bottom, ready for more.

But I really liked Dean because he was a totally unpretentious, no bullshit, good guy. He wasn’t out to impress, he just wanted to squeeze as much out of every day as he possibly could. That meant watching the mountain forecasts each ski season carefully, then calling in sick on those epic days after the snow fell hard and fast and cold. The man had his priorities. 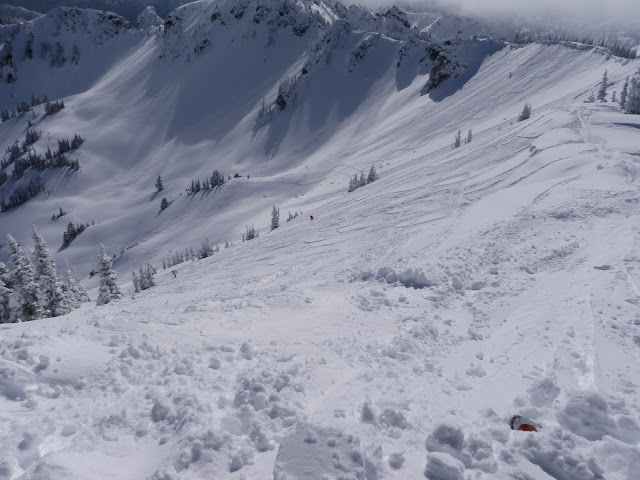 After four ski seasons together teaching, we both moved on and away from the Crystal Ski School and drifted apart except for the occasional email and lunch date. A few years later I got an email from a mutual friend and co-worker of Dean’s that hit me like a splash of icy glacial melt in the face.  As I scrolled down, I saw the words “I have some very sad and shocking news...”

My friend Dean had died suddenly and unexpectedly of a heart attack while playing ultimate Frisbee.  He was just 37, one of the strongest and fittest people I knew.  It would be fitting to describe Dean with “leaps tall buildings in a single bound.”

At his memorial service, his widow Michelle said that once while doing yoga with Dean, she was expressing her thanks for Earth energy and Moon energy.  Dean interrupted her and said “Hey, what about powder energy?” 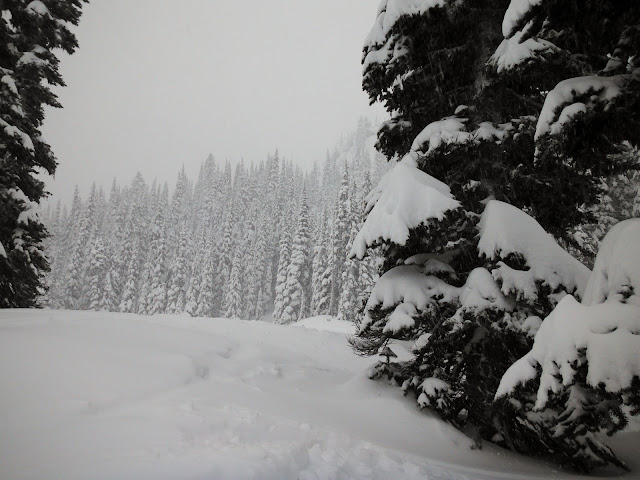 I wonder if Dean had any premonitions of his premature demise. I don’t know if he was aware of a heart condition, but if he did, he never mentioned it to his friends and co-workers.  But I do know his life was about action.  Living life to the fullest, spending quality time with family and friends, drinking good beer, playing ultimate Frisbee, bicycling everywhere, climbing up and skiing down mountains as often as he possibly could, and the pursuit of epic powder days.

When I heard that it snowed 4 feet in the last two days at Crystal, I thought of Dean and knew that he would have called in "sick" and gone skiing.

So get on out there. Enjoy the day. Ski hard.   Because you just never know what the future holds. 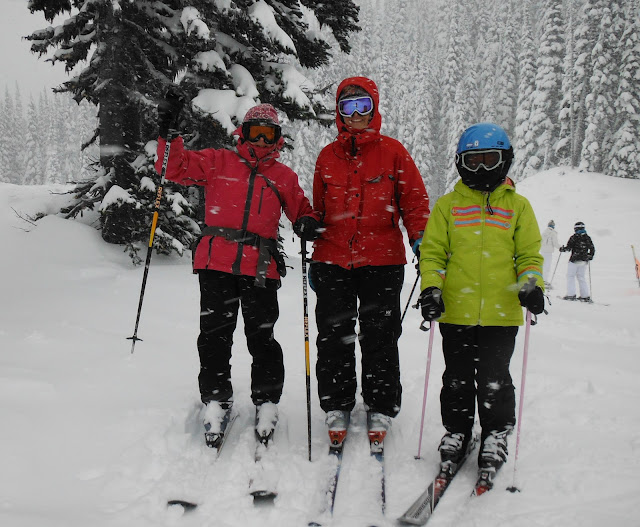 Wow you have yourself one heck of a point there. Sounds so tempting to take off to the mountains. I need to take a bunch of time to get better at snowboarding and this may be the year. This is my first time in 3 years not in Alaska so it just may happen (we only had back country on the island I was on and couldnt afford my own board sadly)

Inspiring words Jill! Right now it's enjoying the snow in my backyard. I look forward to hearing about your mountain adventures.

Love this! You are so right. We just never know what lies ahead. Living up here at Crystal, I am reminded every day to stop what I'm doing and look around. I watch the light change on the snow, the way the snow-blasted trees stand in relief against the sky. It's easier to be in the moment up here in the mountains.

Thanks Jill. I loved the post. I think every once in a while of Dean, we all miss him.

As a good friend shared with the attendees at my wedding, you got to let them go if it's a powder day!

This does inspire me to get Todd and the girls up to the mountains for some cross country skiing...

What a wonderful tribute to a great teacher of life. I'm sorry for the void he leaves. As full as Dean lived his life, his memory will keep him alive for a very long time.

Ed, not sure how the long-term outlook is for the season, but this sure is the week to go! Curious about which island you were on in AK, will followup!

Lisa, hope we can make some turns this season.

Kim, yes, I feel more in the moment in the mountains or in nature in general without the background noise of urban life. And you write about it so eloquently.

Mab, yes, get out this season for some skiing!

Yes, Dean is very much alive in the hearts and minds of those he touched.