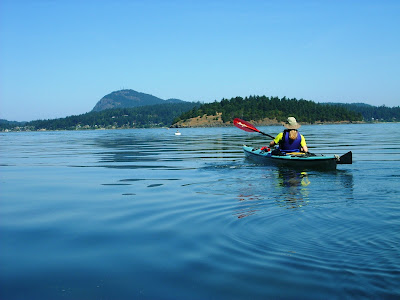 We’re blessed with some of the most accessible and scenic sea kayaking in the world here in the Pacific Northwest. When I have a few days to spare, I head north to the lovely and magical San Juan or Gulf Islands. But some great day trips around Puget Sound offer scenery similar to the San Juans without an expensive ferry ride from the mainland.

For easy access and gorgeous scenery, northern Skagit Bay is one of my favorite day paddles. Here you can take off from gently sloping Snee-Oosh Beach and paddle out to several small, uninhabited islands in a fairly protected bay.

From the Seattle area it’s less than a 90-minute drive north up I-5. After getting off I-5 at the Conway exit, skirt through pastoral Skagit flats farmland, charming La Connor, and the Swinomish Indian Reservation before parking just above the beach off Snee-Oosh Road. 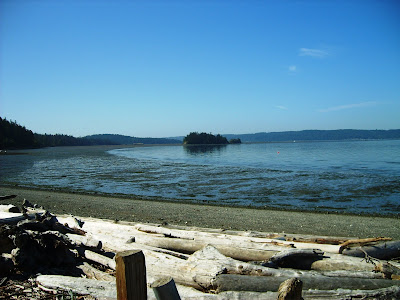 From the put-in beach, the northward panorama encompasses Hope and Skagit Islands, both Washington State Parks with primitive campsites. Northern Whidbey Island stretches forest green on the western horizon across the bay. On a sunny day it’s all blue sky and sea and forest-fringed islands, with glacier-encrusted Cascade volcanoe Mount Baker to the east. 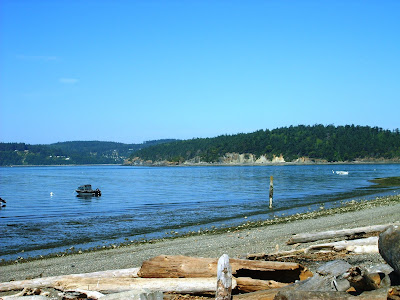 I like to start by paddling north to Hope Island, then heading clockwise around the island along the shoreline. On the southern side, I scan the trees above the exposed rock faces for peregrine falcons or bald eagles, which I’ve seen frequently here.

Crossing around the western tip of the island, I’m always cautious and careful because strong currents and rip tides here can be dangerous and even cause a capsize—so I stay very close to shoreline. 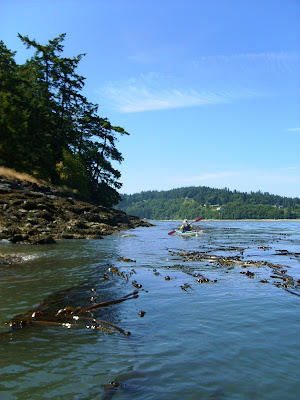 On the north side of Hope Island, the vegetation is more mossy and lush, and creeps closer to the waterline. I mosey east along the shoreline past protected little coves and tangled bull kelp forests swaying on the water surface. Often we stop at a pretty little beach on the northwest side of the island for a break. 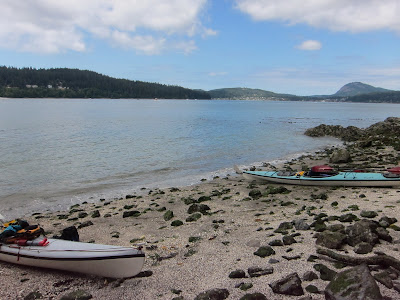 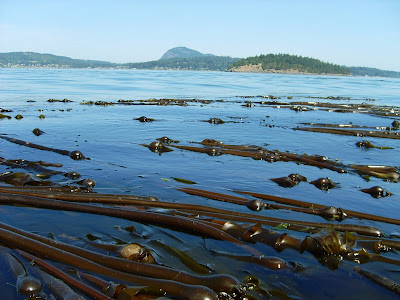 From about mid-island, I usually cut north and cross over to Skagit Island about a ½ mile away. Directly north, Mt. Erie on Fidalgo Island rises like a big round lump of granite dough. 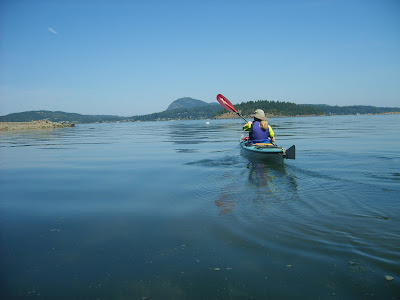 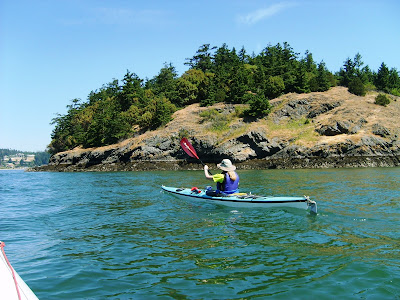 When I get about even with Skagit Island, the Deception Pass Bridge is visible off to the west. That’s where the real action is, with huge whirlpools and swift, strong currents running through the pass. 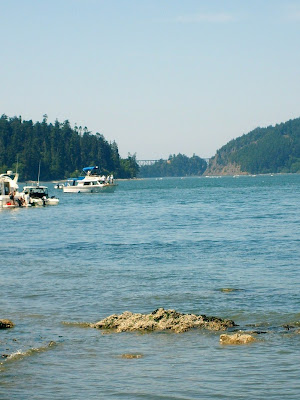 But instead I turn right along the north side of Skagit Island and pull up to the broad cobble beach at the island’s eastern tip—a great place for a lunch break. The highlight at this little campsite: a compost toilet. 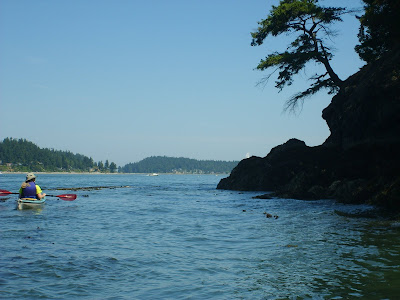 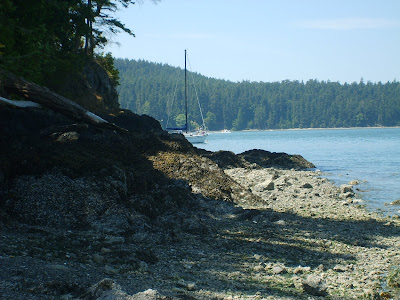 From here I head back south, either skirting along the eastern bay shoreline, or scooting back across to Hope Island. For a longer day, you can also head back west along the south side of Skagit Island and scoot over to Cornet Bay on Whidbey (part of Deception Pass State Park).

If the tide isn’t out too far and I’m not ready to quit, I’ll continue south to Dead Man’s Island for a loop around before landing back at Snee-Oosh Beach. 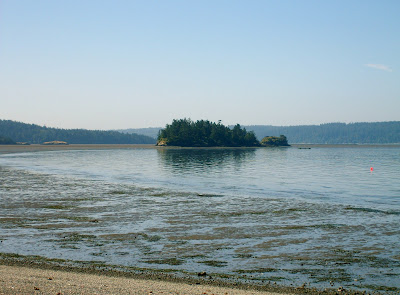 It’s not just the great paddling that draws me to Skagit Bay. There’s also plenty of good eats on the way home.

After a good day paddling, sometimes we stop at cozy La Conner Brewing Company on First Street for good beer and over-roasted pizza. Heading back through Conway, Snow Goose Produce is a must stop. 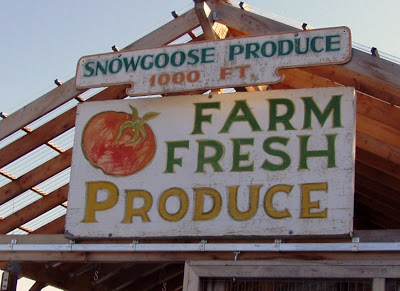 Local, organically grown produce is often half the price here of what you’d pay at farmer’s markets in the Seattle area. In the summer, they sell wild spot prawns from the San Juan Islands and fresh, wild salmon. 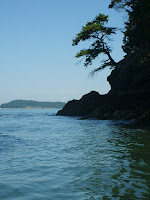 Check the tide charts for your arrival time at Skagit Bay since the southeast side of the bay is a mudflat at low tide. (It’s not fun carrying kayaks through sticky, mucky mudflats to get to the water.)
Posted by jill

Oh, it makes me long for summer!